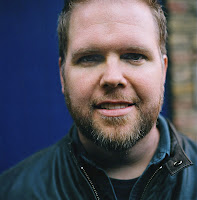 It seems appropriate that Bart Millard collects baseball caps, considering he wears so many hats. Not only is he the frontman for the contemporary Christian band MercyMe, but he's an award-winning songwriter, a husband, a father, a son, a grandson, a friend, a champion for juvenile diabetes, a worship leader and a solo artist.

His hat-wearing days in the ministry can be traced to his youth. Attending a church camp in Mexico when he was 13, he said something connected in him when he heard a sermon one day. There were no fireworks but he said he made a decision to follow Christ. However, it was when he was 19, after the death of his father, that he began to question what he was doing with his life. “I surrendered to full-time ministry. This is the time when I realized that I could give back to (God).”

He eventually formed the praise and worship band, MercyMe, with some friends and began a journey in full-time music ministry. While the band has been more successful than he could ever have imagined, Millard still had a desire to play around with other projects.

It was a promise to his grandmother that prompted Millard to release his first solo album, Hymned No. 1, in 2005. She simply wanted him to remember the songs he grew up singing in church.

“These songs have been a huge part of who I am spiritually," he said. "It became more important to me (to record them).” He also realized that many of the hymns on his album, written mostly in the 1700s, were no longer a part of worship in church and so his children would not experience them. 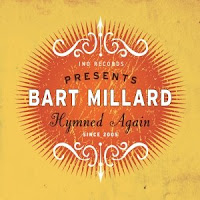 “I want these songs to be a part of my kid’s life," he said. "If nothing else, it is good to be reminded how the church, generations before us, worshiped.”

His second solo project, Hymned Again, is another compilation of hymns. Released last month, the album features hymns, written mostly in the 1800s, as well as the song “Jesus Cares For You”, a duet with Vince Gill.

Millard admits he was nervous to ask Gill to record with him, so he asked Gills’ wife, Amy Grant, to intercede on his behalf. He wasn’t a bit nervous about calling up Grant, because she has been a friend to MercyMe for many years. In fact, Grant was the first to record “I Can Only Imagine,” but waited until the band’s first album was released. She then recorded it as "Imagine/Sing the wondrous love of Jesus” on Hymns & Faith in 2002.

Millard said that when he left Gill a message one night, he didn’t want to come off like a raving fan and was glad that he didn’t talk to him. “I’m not typically one to get goofy but with him, I was trying to be respectful.” When Gill called him back he told him that it was no big deal and he would be honored to work with him.

In some ways, he said that working on other projects helps his creativity, which is something he learned from Amy Grant. “She took up painting and said she needed to be creative.” He said that as long as he has the opportunity, he will purse being creative in various avenues.

He has been toying around with the idea to record an album of old western-style campfire songs. “(I) may do a worship album like old lonesome trail. A Johnny Cash kind of vibe. I love that kind of music.”

He would like to do a jazz album too, he said. But there is no need for MercyMe fans to worry. Millard says his number one priority in music is MercyMe. “If it wasn’t for MercyMe, I wouldn’t have the chance for this,” he said.

One big goal that supercedes everything is raising money for juvenile diabetes. His son, Sam, was diagnosed with the life-threatening immune system disorder when he was two. Sam is now five and Millard prays for a cure, not just for Sam but also for every child with the disorder.

So, if Hymned Again is downloaded from iTunes, a portion of the proceeds with go towards Imagine a Cure, the non-profit Millard set up to benefit research for juvenile diabetes. He said Sam is doing great. “He is as normal as can be, aside from a cure.”