Chris Tomlin: 'All about love'


From the moment Chris Tomlin received a guitar from his dad when he was around 11 or 12, he has used music to worship and praise God.

He wrote his first song, "Praise the Lord," when he was 14 but said he can't recall it and confessed his first songs were "not any good."

Now 36, the Texas native has written some of the most sung contemporary worship songs in church today, such as "Indescribable," "How Great Is Our God" and "Amazing Grace (My Chains Are Gone)."

Looking back on his career, he can see the way God orchestrated his music. "I really didn't go knocking on people's doors. God really opened the doors. He did it the whole way through."

In a recent telephone interview from his apartment in Atlanta, he expressed humility for all the attention and laughs off comparisons to Psalmist David.

"I spend most of my time ripping [David] off," Tomlin joked. "I don't consider myself [a modern-day David], but it is my heart to write. I do feel a sort of mandate from God to help people express."

Tomlin believes people are created to worship God, and he has always felt a calling to lead Christians in worship. He credits his parents with helping him fulfill that calling.

When he wanted to cut a demo just out of high school, his father, who taught him how to play the guitar, gave him the money.

"He really believed in me," he said.

But although his father and mother believed in his gift of music, they also wanted him to go to college. Tomlin respected their wishes and finished with a degree in psychology from Texas A& University in College Station.

"I remember getting the 'dad talk' about getting a real job. That wasn't me," he said. "I did finish my degree but by the time I was in college, [God] was already opening the door."

It was during his college years that Tomlin met Louie Giglio, Passion founder, and started a union with the first Passion concert in 1997 that is still thriving today.

Now just off the first Passion world tour, Tomlin, Giglio and Matt Redman, author of other widely sung worship songs and Passion regular, are planning to plant a new church in Atlanta.

"This is something we have been looking toward for five years," Tomlin explained.

Although he sold his house in Texas and is "settling in" as a new Atlantan, Tomlin is excited about what will happen with the new church and being surrounded by people he loves.

To Tomlin, love is not just about friendships and partnerships in ministry it is also the focus of his seventh album, "Hello Love," which was the highest Christian album to debut on iTunes and peaked at No. 9 at Billboards Top 200 after its release in September.

One way to do that is through Passion's initiative, www.onemillioncan.com.

So far $266,169.25 has been given for work such as providing clean water in Africa, ministering to sex slaves in India and offering life-altering surgeries for children.

Love to Tomlin is a reflection of the heart and he said he encourages Christians to seek out ways to love others.

"When you get down to the nitty gritty and the heart of relationships in life, it is all about love." 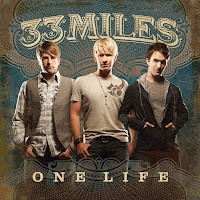 Chris Lockwood never planned to play guitar in a contemporary Christian band, but the Mobile native is now topping the Billboard charts as a member of 33Miles.

Along with Lockwood, 33Miles consists of Jason Barton on lead vocals and Collin Stoddard on keyboard. The band, whose name represents the time Christ spent on earth in miles, gained instant attention, and the group was a Gospel Music Association Dove Award nominee for New Artist of the Year after their 2007 debut album, “33Miles.”
While the award went to Brandon Heath, 33Miles would not soon be forgotten.

Just last month, they released their second album, “One Life,” which has already peaked at No. 4 on Billboard’s Top Christian Albums chart.

While the success seems to have come overnight for 33Miles, Lockwood said God has been preparing him in ministry for many years.

His parents divorced when he was 8, and although he was baptized around the same time, he can’t say he really understood what he was doing. When friends invited him to a bowling event with their youth group, he said the Lord used the people to “knock on his door.”

At 16 years old, he felt a call to the ministry.

“The Lord got my attention,” he said. “It’s that whole mentality of I didn’t really choose the Lord. He chose me.”

Lockwood’s love for music started when his father gave him a guitar for his ninth birthday. Lockwood soaked up everything he could learn about the guitar, whether playing alone in his room or watching his uncle play.

“I spent hours in my room, and my dad always yelled, ‘Get out and do something!’” he recalled.

After graduating from Baker High School in Mobile, Lockwood attended the University of Mobile in pursuit of a music degree. He said his college experience gave him an appreciation for reading music and learning all types of music from classical to jazz.

After four years of college, Lockwood moved to Cincinnati and toured with Mobile-based TRUTH for a year and a half.

When fellow TRUTH member Jason Breland moved back home to Mobile, he asked Lockwood to join him as a worship associate at First Baptist Church, North Mobile, in Saraland. Lockwood led the music part time for about a year and with his wife, Joy, had plans to attend Berklee College of Music in Boston.

A phone call from former TRUTH and 4HIM member Mark Harris, however, changed everything.

“Jason (Barton) was filling in for Andy Chrisman with 4HIM, and Mark called out of the blue one day and said [Jason] was trying to start a group,” Lockwood said.

“When you have a family and have bills to pay, you don’t pursue dreams,” Lockwood explained.

Out of respect for Harris, Lockwood agreed to meet Barton and his management team at a sound check in Nashville and was immediately impressed. So Lockwood and Barton, along with Stoddard, cut a demo and waited.
Six months later, INO Records called.

“It happened really fast. Three guys who didn’t know each other, and God was the mastermind behind it all,” Lockwood said.

At 30 years old, Lockwood said he hopes to make the most of God’s master plan for his life not only as a husband and father to his 9-month-old daughter but also as a worship leader.

“We, 33Miles, paint a picture of Christ’s life in miles, and we turn it around as a challenge to ourselves and others,” he said.

Lockwood said the group sees the ministry as encouragement to believers and wants to promote the gospel.